Jack Murphy’s book Reflexive Fire caught my attention immediately. Author with a SOF background, check. Rogue operatives with a solid set of morals, check. He even has the same first name as me, legend. I had to give it a read and I sure as shit wasn’t disappointed.

It was no surprise that the action is intense and authentic. Those with a military background will really appreciate some of the finer details, although SEALs and the French may disagree with their lot…. Even if the extent of your military experience is Modern Warfare games on the Playstation Network, you’ll get a kick out of the off-the-charts actions scenes. I’m talking about short notice battalion-level assaults on complex cave systems, cruise-liners and secret government ‘black sites’.

Sounds like something out of Modern Warfare 3? My thoughts exactly. So if you haven’t read it yet, and fast-paced military fiction is your thing, you should check out Reflexive Fire.

Til next time I blog,

If you’re a gamer and you haven’t been living under a rock you’re probably aware of the biggest showdown in the history of entertainment products. The upcoming release of the world’s two most advanced first person shooters, Battlefield 3 and Modern Warfare 3. Girlfriends and wives should be preparing for at least three months, starting in October, of their significant others being permanently glued to their consols and PCs.

I love first person shooters, I own a PS3 for the sole purpose of kicking back and relaxing whilst spotty faced nerds all over the world splatter my virtual blood all over my favourite maps. I won’t lie, I’m not a Battlefield fan. My loyalties lay firmly in the Modern Warfare camp. However, in saying that I am impressed with what I’ve seen of BF3.

This trailer shows an armoured battle run from the actual game play in BF3. When I first saw it, it literally blew my socks off. Visually it is amazing, you can almost taste the dust and feel the uncomfortable crew headset biting into your skull. The DICE team have researched this down to the most finite detail. Shit I flinched when a T72 started throwing 125mm HEAT down range. Even the TI imagery from the Predator UAV is spot on. This is a game I will definitely be purchasing and playing for hours, much to my girlfriend’s disgust.

Not to be outdone, the boys from Infinity Ward released this trailer. Whilst it’s more like a Hollywood blockbuster, lighter on realism and heavy on action and storyline, it still looks very very cool. I don’t think MW fans are going to be disappointed in any way.

Where these two games will go head to head is in the online multiplayer world. This is where computer games have left Hollywood films for dead. I mean who watches Avatar more than once? Not me that’s for sure. But gamers log on every day to rack up kills with their noob tubes – fuckers. MW3 has a huge advantage in this area as it already has a massive following and has already released their CoD Elite platform. However, BF3 has the potential to grab some of this, if this unofficial multiplayer trailer is anything to go by. Of course the MW online play is pretty epic, and this trailer shows MW3 is going to be more of the same.

The big question is when PRIMAL is going to make it into the world of First Person Shooters? I mean how many epic missions would the game have. Taking down corrupt bankers, ruthless dictators, polluting corporations. No one would be safe. Well it’s definitely on the cards its just a question of how long till the big gaming studios get interested – humble much.

In the meantime get into MW3 and BF3 in Oct/Nov this year. 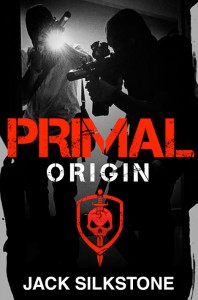