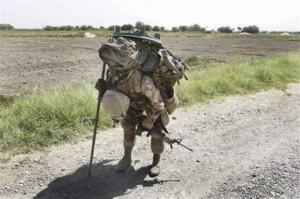 It amazes me how quickly people latch on to stupid ideas and run with them. Yesterday I read an article promoting walking with a heavy pack as the #1 fitness fad of 2015. They call it ‘rucking’ and allegedly it’s how the military stays fit.

I’m baffled how people think that this is a good idea. I’ve yomped, rucked, stomped, humped, and TAB’d more miles than I would like to remember, carrying ridiculous loads and as a result I’ve got the knees of a seventy year old man. 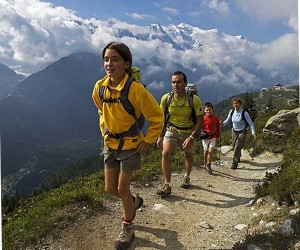 Walking around with a pack on … otherwise known as hiking.

What people fail to realize is that Soldiers don’t carry heavy shit because of the health benefits. They carry heavy shit because they need it. They carry ammo because sure as hell when terry towel head starts laying down the smack you want to throw something more than a goddamn pillow at him. Water, food, night vision gear, breaching charges, mortar rounds, spare socks, med kits, radios, rocket launchers, all of this gear is heavy and all of it is mission essential. We don’t carry it so we can maintain rock hard abs and a toned arse. We carry it because it keeps us alive.

More to the point the first chance soldiers get they dump their shit in a helicopter, APC, MRAP, truck, robot donkey, or even a goddamn wheelbarrow. Why? Because carrying shit sucks balls and it destroys your body. Stress fractures, torn ligaments, compressed discs, shin-splints, sheered ACL joints, tendonitis, these are all ‘health benefits’ that civilians carrying heavy packs can look forward to. 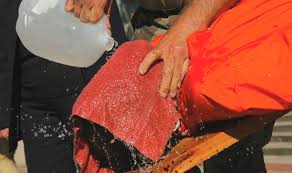 But, fucktards (rucktards) do like to jump on a bandwagon. Obstacle courses were huge last year, this year it’s rucking, so what’s the next big fitness fad being lifted from the military? I think we should spread the love and go for a CIA-based activity. Waterboarding – low on calories, great for your abs and really cleans out the sinuses. Get into it rucktards!

Oh, by the way PRIMAL Redemption is out on  3 June. It’s got heaps of great ideas in it for rucktards to try out including; extreme rendition, subfreezing exposure and high velocity impact training.