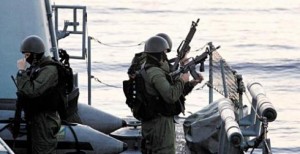 Turkish media recently released the names of 174 Israeli operatives, gathered from the internet, claiming they were involved in the infamous Mavi Marmara Flotilla Raid. Politics aside this is pretty messed up from an operator viewpoint.

If you don’t recall the actual incident here’s a bit of a summary.

A gang of hardcore extremists board a vessel bound for Gaza armed with a variety of weapons including knives, slingshots and iron pipes. These guys knew they would be boarded by Israeli Special Forces as they neared the exclusion zone. The Israelis check all ships heading into the region in an attempt to stop weapon smuggling. 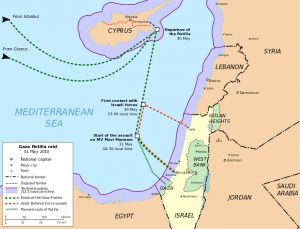 Israeli Shayetet 13 operatives board the vessel and it all turned cactus! Note that these guys had already boarded a number of other vessels in the flotilla and experienced minimal resistance. They were under strict orders not to use lethal force and some of them were actually armed with paintball guns. Imagine their surprise when they Fast Roped on to the deck and got the crap beaten out of them by a pack of armed thugs. Can any one fault them for drawing Glocks and pumping some 9mm down range? Yep, not only was this a total intel failure it was also a tactical shit fight. Fast Roping only delivers operators onto a target one or two at a time, not great for confronting an armed mob. You can see the cluster on the video here. 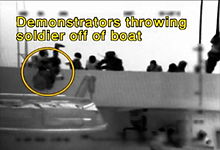 This poor bastard got thrown off the top deck and badly injured. 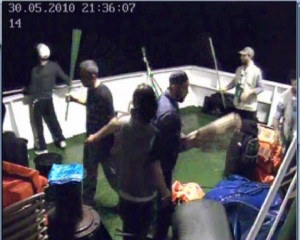 Anyway, back to the real point I’m trying to make.  The Turkish media decided to reveal the identities of some of the Israeli soldiers they claimed were involved in the incident. Whilst I’m not intimately familiar with the names it’s pretty clear that the guys they names are not Shayetet 13. Nope they just pulled a whole bunch of Israeli soldiers names and photos from internet sites such as Facebook and Twitter.

So is this is a bad thing? Hell yeah it is. Retaliation attacks against soldiers based on information derived from the internet happens all the time. In fact this problem pre dates the internet and goes back to the 70’s when the IRA started targeting off duty soldiers based on pictures from the media. That was the origin of the blacked out eyes, a process that continues today. Even though the Turkish media is clearly way off the mark with the names it doesn’t really matter. Your average extremist isn’t going to give a shit. Nope, they now have a target list and anyone on it that they kill is a great success for them.

The Israelis are usually switched on when it comes to personal security (PERSEC), which is one reason why you always see them wearing balaclavas – but they have had their fair share of security breaches over the internet. Not only that but they can’t stop their soldiers posting pictures all over the web. So I guess I’m just saying that this Turkish media debacle is a timely reminder f0r all soldiers to be careful of their personal details on the internet – you never know who’s going to try to exploit it.

Til I next blog, 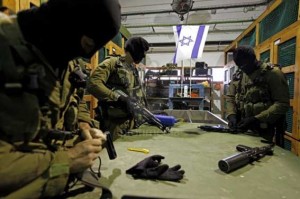