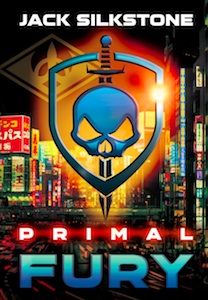 So it’s finally happened. I’ve sold my soul to the devil and signed PRIMAL up to a publishing house. I might add that the publishing house is Amazon Publishing and not some antiquated team of literatertards who don’t get what I write or why.

Why did I do it and what does it mean? Well for starters it means I can now write full time, f@ck yeah! That means more PRIMAL more often. It also means that there will be hard copies and audiobooks available, lots of fans have been asking for both. In the short term it has delayed the release of PRIMAL Fury but in the long term it’s going to be HUGE.

Does this mean that I will compromise when it comes to keeping PRIMAL grittier than one of Chuck Norris’ turds? Hell no! The guys at Amazon Publishing are on team with letting me run things as I always have. What they bring to the party is distribution and the skills to turn out an even better final product. The entire PRIMAL series will be relaunched in December including a new ‘extended’ PRIMAL Origin that includes PRIMAL’s first mission. The relaunch will be closely followed by PRIMAL Fury which will be the first book launched by Amazon Publishing.

Until that time you can still buy all three of the current ‘limited edition’ indie versions here.

I want to finish this entry by passing on my heartfelt thanks to all the PRIMAL fans that have made this ‘huge’ move possible. You took a chance on an unknown author and it’s you guys who have made PRIMAL what it is. I write because you guys read! I also want to thank Amazon for the opportunity to work with a forward thinking and flexible organisation, they truly are the SOF of the publishing world. Lastly I want to thank my agent Scott Miller for hooking it all up, much appreciated bro.

Now I’ve got to get back to mapping out PRIMAL Mirza.