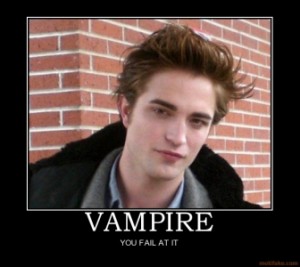 I’m no political strategist or for that matter an international relations guru, but then neither is the US Government and it hasn’t held them back. The bumbled adventures in Iraq, Afghanistan and now Libya are evidence enough that government decision makers are floundering in a sea of bureaucratic fucktardism – love that word.

Let me be clear, this is a rant aimed at decision makers. Not soldiers, sailors, airmen, agents, operatives or anyone else that serves. I hold these people in the highest regard, they keep the ship afloat despite the best attempts of those at the helm to run it aground. Nope, this is a good old-fashioned slagging aimed squarely at the administration.

US Government policy making is about as efficient as a one armed man in a shit flinging contest. I mean, how the hell can this nation’s leaders make sound decisions when constantly balancing financial powerbrokers, political infighters, and the giant popularity contest known as democracy? Well, recent history suggests they can’t.

Take the political strategy in Iraq. I won’t even go into the use of military forces – the finest soldiers and most advanced equipment in the world aren’t going to help flawed policy. By trying to implement a sugar-coated, politically-correct, equal-opportunist, democratic government, we’ve  thrown the Iraqi people to the wolves. The whole concept of democracy is totally unsuitable for a country divided on sectarian lines. An oppressed majority was always going to seek retribution against the elite, empowered minority. What’s more, by dismantling much of the internal security apparatus, US policy removed the one element capable of keeping the peace.

Yes the media would have you believe that things are all well and good in Iraq, but even they get bored of the same old torture and mass murder stories…  And strategically, who has gained from all this? Who has the most influence in Iraq? I’ll give you a clue – the country is spelt the same except for the last letter…

I’m going to brush over Afghanistan, it’s the same shit though. Two lots of arseholes who hate each other with our soldiers in the middle trying to make it all work. A strategic shit fight caused by morons in government who make decisions based on… actually I am beginning to think that the decisions are actually made by an orangutan with one of those magic eight balls that answer your questions… Hey should we invade Afghanistan… shake, shake… the answer is… Maybe…. Fuck it, close enough let’s go.

Now in Libya it looks as if it’s just going to be a little bit of history repeating. In the name of democracy and freedom, the Libyan security infrastructure is being dismantled and handed over to an incompetent rabble of factionally-divided power hungry Islamic ‘rebels’. Wind the clock forward six months and suddenly we’ve got increased reporting of Al-Qaeda members and religious extremists dominating the rebels… Who would have thought. I mean we already knew that many of the rebel fighters come from the same towns that not five years ago were sending fighters to Iraq. No, not as part of the Coalition, but against it! Now suddenly we find out they might be bad guys…. no way!

So who’s going to take over from Gaddafi and wield a big enough stick to keep these extremists in line? Odds are the government and internal security will be a shambles for years/decades to come. Yes there are a lot of good people within the ‘Rebel’ movement but controlling the more radical elements will be nearly impossible. Let’s just hope the more hardcore anti-western elements don’t get their hands on any of Gaddafi’s sophisticated shoulder launched anti-air missiles. The IGLA and IGLA-S that he had in his armories are a pretty significant threat. With a little training a motivated terrorist could easily down a modern passenger airliner.

If the government was playing chess it would have been checkmated by a smart ten year old within the first five moves. So what can we do about it? Shit I don’t know, and there are plenty of experts out there both smarter and uglier than me with opinions on how to improve government policy. I’m just an action writer venting a little steam.

Or am I? Maybe one day I’ll sell enough books to actually start PRIMAL and get out there and make a difference. Imagine… a team of morally sound decision makers with enough smarts to form a strategically viable plan. Free from the influence of big business, political infighting and the grand circus of Democracy. Heavy hitting pipe swingers ready to deal out a bit of justice to the arseholes of the world. Sign me up!