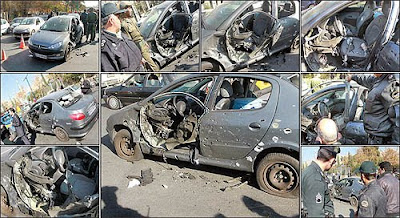 Before I even start I want to throw this out there. I know I’m running the risk of getting typecast as uber-nerd but who cares, I think UAVs are seriously cool kit. I mean, ethics aside, what’s cooler than flying a death wielding aircraft from the comfort of an air-conditioned room with a soft drink in one hand and a joystick in the other? Well OK, yeah, having a posse of Victoria’s Secret models in the same air-conditioned room is probably cooler, or hotter. But hey that’s not the point – the point is that drones are pretty damn awesome.

I wrote this blog because I’ve been seeing a lot of hype regarding the flying of UAVs in US airspace. Some self-rightous libertarians seem to be freaking out about the idea that the government will be watching from the sky, loitering above them as they go about their daily activities, ready to pounce when they step outside the bounds of the law… George Orwell eat your heart out.

Yeah UAVs are being used to zap bad guys in Pakistan but this is just one application of a versatile piece of equipment. In other parts of the world drones are used to spray crops, conduct inspections of pipelines, take photos, search for lost hikers, spot drug crops, spot fires, check on nuclear reactors, conduct surveillance of volcanoes, and a variety of other important tasks. Sure they could be used to spy on Americans but let’s face it, there are other cheaper and more effective means of surveillance and tracking available. Everyone carries a mobile phone now and most have GPS trackers in them. Hell even the media can run a phone tap.

A few security experts have commented on a need to heavily regulate the use of drones because they could be armed with a payload and used as a flying bomb. No one can deny that this is possible. In fact a nut job from Boston planned an attack using remote control aircraft packed with C4. This kind of sh#t can and no doubt will happen. Does that mean drones should be kept from adding value to society? My opinion, hell no! They can offer a lot of benefits, let’s just not start handing them out to every wack job like they’re kids toys. 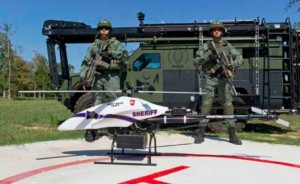 I read an article recently that police in Texas now have a remote control helicopter to track fugitives. Some scare-mongering journos called the UAV ‘creepy’ and ‘controversial’ implying that it may, in the future, be armed with capsicum spray and bean bag rounds fired from a 40mm grenade launcher. Not sure how viable that is, I mean shooting a running dude with a beanbag round from a helicopter is one thing. Banging one out of a radio controlled chopper sounds pretty off the charts. The simple reality is that cops have being using aircraft to chase crooks for years. The big win with a UAV is the significant cost savings for taxpayers. A twin turbine chopper costs up to 6K an hour to keep airborne yet a decent sized drone is going to give you change from a grand. I don’t care who you are, in today’s economic climate that makes sense.

The big issue facing UAV operators in CONUS is how they fit into the airspace picture. A drone buzzing around below 1000 feet is pretty harmless, unless it flys into your head, but one getting hoovered into the air intake on a 737 at 20,000 feet is a sh#t sandwich. Currently the FAA is trying to workout how piloted and pilotless aircraft interact with each other safely. Till they figure this out there ain’t gonna be many commercial style UAVs flying. Although I might add that even aircraft with pilots sometimes have problems avoiding each other.

Whilst the outlook for UAVs in the US is up in the air, no pun intended, it’s pretty damn likely that we are going to see more of them flying around in the near future. It makes sense to use smaller, cheaper craft to augment helicopters and fixed wing aircraft. So for all you conspiracy theorists out there you better start wrapping tin foil around your heads and make a bee line for the hills… the drones are coming.