When I heard that Ridley Scott had stepped back up to the plate and cranked out Prometheus, another movie in the Aliens saga, I had to see it. Now I’m not a hardcore fan of the series, I don’t dress up in a Marine rig and run around COSPLAY conventions screaming “Game over, man!” or anything like that. I’m a big fan of the original movies staring Sigourney Weaver as Ripley. The first one came out before I was born and I remember it scaring the shit out of me when my old man finally let me watch it; he had a thing for Sigourney.  I’m also a huge fan of the original Predator film, but when some fucktard decided to merge the two brands they lost me. They took a cool concept and trashed it with a heavy dose of crappy acting and cheesey dialogue. Pity, because the computer game of the same name was sinister as hell. 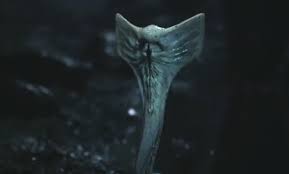 Anyway back to Prometheus. If I was to sum it up in one expression it would be ‘WHAT THE FUCK?’. Don’t get me wrong, I enjoyed the flick. It had some seriously tense scenes. However, it asked more questions than it ever came close to answering. In fact at the start of the movie I was thinking WTF mate, but by the end I was thinking WHAT THE ,WHAT THE FUCK! It had all the components of an Aliens movie; I mean, it even had a Bishop-esqe robot called David. But it just didn’t seem to add up and I’m not even going to try to delve into the Creationism / Darwinism conflicts, that shit is a little too serious for me.

The thing I loved about the original Alien was the characters. The scientists were normal everyday guys who had to deal with a bunch of acid spitting Aliens. The scientists in Prometheus are epic douche bags. They deserve to die. When one of them reaches out to pat the giant alien penis slug I wanted it to kill him. Any retard who tries to pat an alien penis slug deserves to have it dive down his throat, right? I was happy to see him go, along with the rest of the other over-dramatized losers. The douche bag scientists are balanced somewhat by a couple of hangers-on. Charlize Theron’s character brings nothing to the plot other than a smoking hot frame in a jump suit – winning! Even the Captain of the ship is a bit of a nobody. By far the strongest character, and the guy who holds up the whole film, is the robot David. Fassbender slams home an epic performance that matches, even surpasses the original Bishop (not the PRIMAL one).

Regardless of the above bitching, Prometheus is reasonably entertaining. It’s classic Ridley Scott; eerie tension with an intelligent use of special effects and CGI to enhance to the storyline. Unlike most of the crap at the movies it doesn’t rely on huge explosions to get it across the line. Just don’t go to the movie thinking you’re going to come away from it with any level of understanding as to how it fits into the whole Aliens saga.