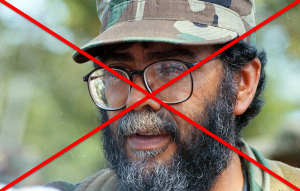 The recent killing of FARC boss Alfonso Cano was touted as a great success by the Colombian Government and a decisive blow against the insurgency movement. But what has it really achieved? In my opinion, sweet f#ck all. Most analysts agree, nothing is about to change. FARC is going to continue to control a big chunk of Colombia and violence is going to continue.

Since the ‘kinetic’ option isn’t working, maybe there’s a better way? What about formalizing FARC’s political control over the areas they already dominate? Make them a legitimate governing body, then see how they fare. Currently FARC operates a regional level extortion ring, gaining legitimacy from a violent insurgency campaign. Once it has a mandate to govern, people will soon realize that providing services is far more complex than running a cartel, and inevitably FARC’s popularity will be undermined. The insurgency will morph into a political movement and the cycle of violence will gradually be broken.

At the same time a ceasefire and closer relations between FARC and the rest of the Government could enable intelligence collection against key guerrillas. Those who reject legitimate rule and want stay on the criminal path will soon find themselves on the outside of the governing body. These troublemakers could be dealt with in a more conventional sense, along with the Cartels, people smugglers and kidnappers. It would be a long hard road to peace, but it would be a start.

This is the sort of strategy PRIMAL would endorse.  Kinetic vs non-kinetic operations is a key theme in my next book, PRIMAL Vengeance. No need to worry, there will still be plenty of hardcore action, but when cracking heads isn’t proving it’s effectiveness, it’s time to unleash a new technique. Maybe some influence operations! Bit of blackmail, kidnapping, and deception… On that note, I better get back to writing! 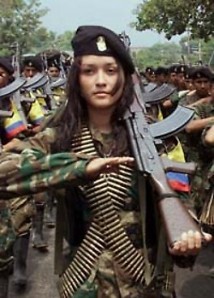 FARC me she is a hot little Guerrilla Fighter!