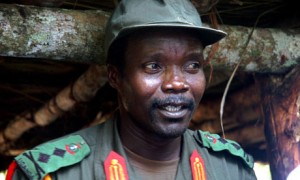 If there is one guy in the world that I wish I could bludgeon to death with a pick handle it’s Joseph Kony. Now I’m not normally a violent guy, in fact I pride myself in being level headed and calculating, but this bastard makes my blood boil. Head of the Lords Resistance Army (LRA), he is single handedly responsible for the rape, murder, disfigurement and enslavement of thousands of innocent Central African women, children and men.

You can imagine my joy when the US recently announced they were dispatching 100 combat troops to help target Kony. Wired magazine cracked out a cool little write-up here. They hit all the key issues including the two failed attempts on Kony in the past.

US and UN backed attempts have not had any success in targeting the elusive head of the Lord’s Resistance Army. An attack in 2006 by a squad of Guatemalan operatives – trained and armed by the US – resulted in utter failure. All eight soldiers were killed and their commander beheaded. Another attempt in 2009 by UN supported African SOF also resulted in dismal failure. The LRA was pre-warned and simply melted into the jungle killing hundreds of locals as they did so.

As I dug further into Kony’s background I started to question Obama’s commitment to K/C (Kill or Capture) this guy. I mean why would you announce it to the world? Why wouldn’t you gear up AFRICOM and announce your success when you banged in on his grass hut and delivered him to the UN.

Kony is by no means an easy target. Intelligence assets have been useless in trying to locate him. He’s sneakier than a Balinese monkey on a banana stealing bender. Human Intelligence (HUMINT), Signals Intelligence (SIGINT) and Imagery Intelligence (IMINT) have so far failed to track him down. Surrounded by his loyal followers, who believe he is God, he’s almost impossible to find. Even the media has had only limited access to him; check out this rare interview shot in 2006.

I think the US announcement is just another smoke and mirrors campaign designed to appease the UN and domestic voters. If Obama was serious about bringing Kony to justice then why warn him? Why not develop intelligence sources quietly, build pattern of life and then send in the Delta boys to bag and tag him. If you can fly into the heart of Pakistan to grab the world’s most elusive target then this should be a piece of cake.

If Obama is serious, maybe he should consider using a Private Military Contractor (PMC). They did a pretty good job in Sierra Leone. Perhaps a team of South African mercs could do it partnered with Ugandan Special Forces. Or maybe PRIMAL could use their more subtle techniques to bring the bastard to justice. Either way the world would be a better place without Joseph Kony, a man who may or may not be number one on the PRIMAL target list.

For a better understanding of how PRIMAL operates check out my latest novel PRIMAL Unleashed on Amazon.